This is going to be a short post at the September 10th council meeting was an evening one and I had to attend a Hockey Meeting as well that night so I was only able to stay for the first part.

-A representative from the Trailer park in town spoke about the recent Taylor MacGregor baseball tournament that was held in the town in August.

-A Grand Valley resident addressed the council about the speeding issues and concerns in town and presented a possible solution.

I addressed the council during the public question period and asked them if they would consider making in-fill site plan applications a public process meaning that the public is notified when these applications are submitted and they have an opportunity via a public meeting or other to provide feedback and their thoughts. The town planner mentioned the following regarding how site plans are handling at the moment: “While Site Plan Approval is not a public process, this does not mean the application is processed behind closed doors. Planning accepts the application and posts it and all the supporting documentation on the Town’s website under Current and Approved Applications – https://www.townofgrandvalley.ca/en/doing-business/current-and-approved-applications.aspx“.

Council briefly talked about the upcoming expiration of the Grand Valley Trailer Park Agreement with the Lion’s Club. The public question period took up a lot of time at the beginning of the meeting so the council moved this discussion to later in the meeting

-A Grand Valley resident addressed the council about needing lights or a crosswalk on the Main Street. They said that they felt it was only a matter of time before someone got hurt as kids and families try to cross the street and with the trucks and increased traffic in town it has made it more dangerous.

Disclaimer- These are my personal notes from the meeting. The purpose of these notes is to give an update on what is happening around the Town of Grand Valley. If you would like to view the official agenda and minutes you can find that here.

Realtor and Lifestyle Blogger. Passionate about the lovely town of Grand Valley and its community. 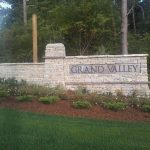 Never miss a thing in Grand Valley! Let us keep you in the loop. Get fun, upcoming events delivered to your inbox weekly! 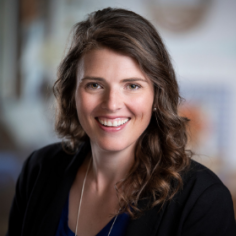 Connect with Me on: